Read the series for FREE with Kindle Unlimited! 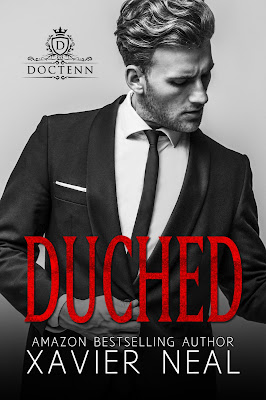 I, Kellan Kenningston, am known for being three things:

The 2nd Prince of Doctenn – it’s honestly for the best that I probably won’t ever rule the country – my big brother is much better at keeping his royal jewels in his pants than I am.

Duke of Rockbridge – oh so not my idea. It was a royal decree or won in a poker game or something equally as eye-rolling.

And king of one-night stands – okay, well, I was until one mouthy, American art student knocked me off of that throne.

I remember to close the curtains at fancy hotels.

I’ve learned to cook since the woman I’m crazy about can barely microwave popcorn.

And most importantly, I’ve stop dragging our family’s sacred name through the mud.

What do I plan to do next?

Turn the love of my life into a duchess, of course. 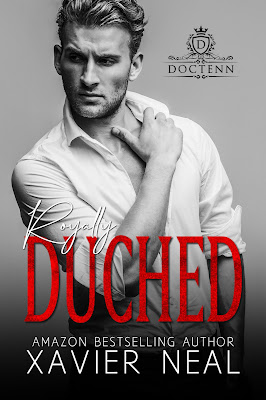 Blurb:
When Brie Sanders unexpectedly falls head over heels for the playboy of Doctenn, Prince Kellan Kenningston, Duke of Rockbridge, she highly underestimates the risks he is willing to take to give their love a chance.
After dealing with an emergency, family disagreements, and a media nightmare, the two of them are forced to wade through the unfriendly waters of being a royal couple.
Traditions will be broken. Loyalty will be tested. And relationships will be redefined.
*This is book 2 in the trilogy* 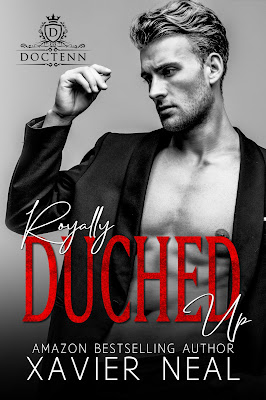 Blurb:
Preparing to marry Kellan Kenningston, Prince of Doctenn, Duke of Rockbridge, hasn’t gone as smoothly as Brie Sanders was hoping. However, her fiance who seems hell bent on breaking traditions is equally hell bent on giving her the special day she’s always dreamed of. After their whirlwind wedding and hot honeymoon, the two embark on the adventure known as happily ever after.
It isn’t long before old issues arise, unexpected challenges are presented, and new foes are exposed.
While the royal couple knows their life together isn’t going to be easy, neither is prepared for the heartaches and hardships that lie ahead.
*This is the FINAL book in the trilogy*

Just finished listening to Cool for the Summer. It really made me wonder how different things would have been for me had I felt comfortable to come out in high school. Next book is sloppy firsts. Can’t believe we are on the final day of this readathon! This has been a blast for me and I can’t wait for the next one!!!!
Finished first book of the readathon! My next pick is Cool for the Summer by Dahlia Adler!!!
‼️ Spoiler alert ‼️ Got my @owlcrate box in today!!! I am so happy with it #owlcrate #owlcrateunboxing #rochellehassan #theburiedandthebound
My first picks of the #tbrjarreadathon! A is for audiobook b is for physical or ebook! #theintrovertedreadathoner
It’s #tbrjarreadathon time hosted by #theintrovertedreadathoner! I have a new process on doing my TBR jar. I kind of love it!!!
Taking some time to read during my downtime today. How’s everybody doing? #starsbooksandtea
Ranger. Just look how often he saves Stephanie Plum!!!!
I will be listening to this soon to be ready for book club Monday night!
Got this beauty in the mail today!!!!! Thank you so much @stmartinspress!!! I’m excited to read it!!!! #stmartinspress #jackarysalem #wherethelightninggoes
Title: And Finally
I was really impressed with this one. @netgalley #netgalley #andfinally
Title: The Devil You Know
I need to get this one in audio when it releases to go with the other two books in the series! @netgalley #netgalley #thedevilyouknow
Title: Swift the Storm, Fierce the Flame
This isn't the first book I've read, but it is the first graphic I've made this year. I'll be posting some from before this when I can. #januaryreads @netgalley #netgalley #swiftthestormfiercetheflame
Loading Comments...
%d bloggers like this: