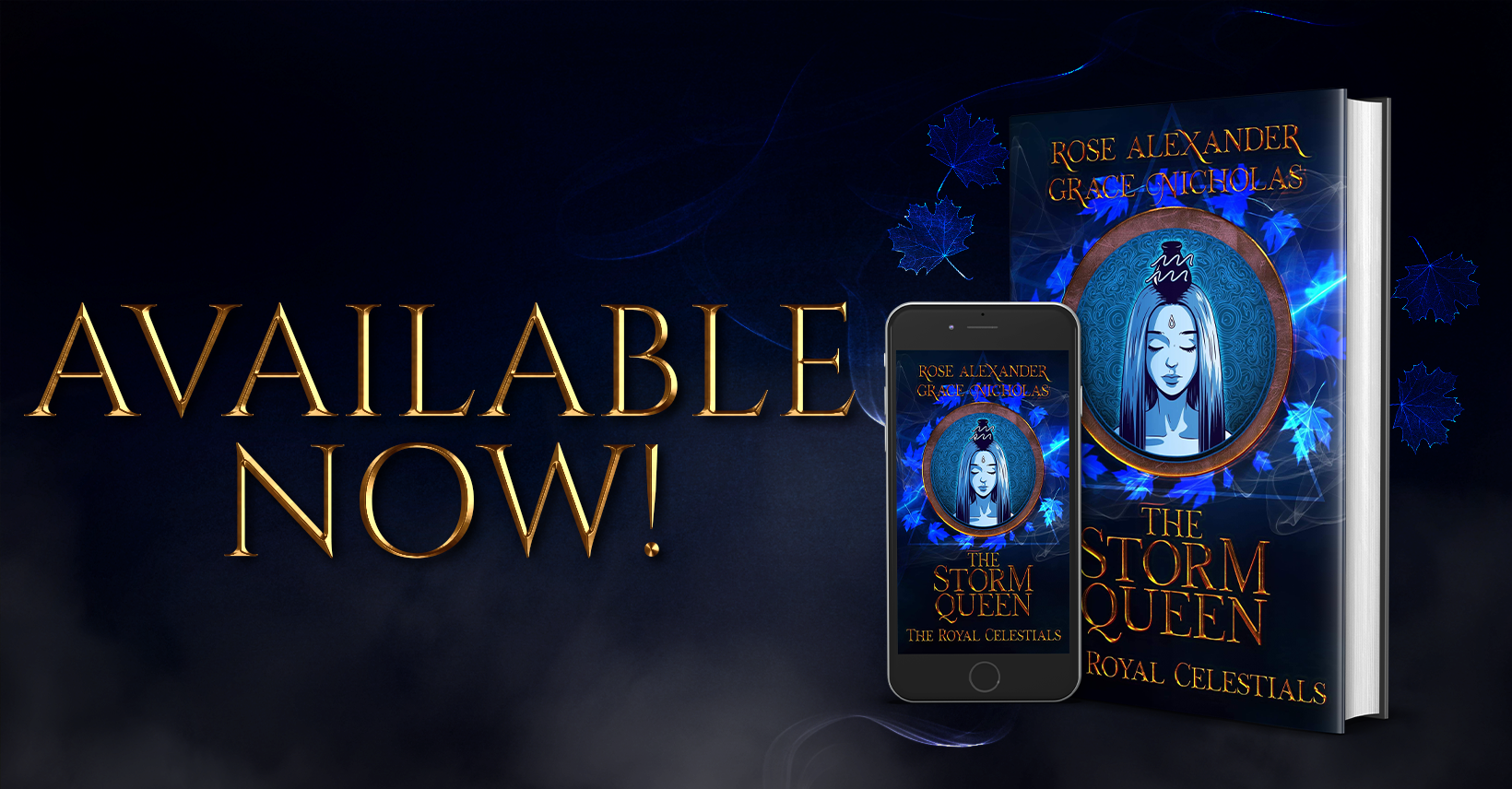 We’re on tour with The Storm Queen by Rose Alexander and Grace Nicholas!

Read for FREE with Kindle Unlimited!

About The Storm Queen

Murder and magic… a battle to reclaim the throne…

Being a water bearer for my community was easy: just my trusty mule, Lily, and me against the world. But when a bard arrived in town weaving tales about the True Queens of Nephalia, everything changed.

Those stories were supposed to be myths—tales told to children around a campfire. Yet, this man sung truths that had been buried long ago of the Dawnings that brought the queens to power and the magical patterns on their skin marking them as qualified for such a status.

Marks… described exactly like the one that appeared on my arm the very same day.

According to the legend, these women were hunted and killed by others—imposters—who claimed to have earned the throne.

The warning was loud and clear. But instead of living in fear, I intend to compose a story of my own: with the help of three amazing men, I must save myself and the other marked women from such a fate.

If we succeed, Nephalia will prosper.

If we fail, the rekindled magic of myth will remain as such: nothing more than a tale told around a dying campfire.

About Rose Alexander and Grace Nicholas

Grace Nicholas About Me

I live in Arkansas with my husband, 2 kids, and the family pug, Buddy. I’m a southern girl, born and raised, though I’ve lived all over the US. I love reading almost as much as I do writing. If I’m not taking care of the family, or working at my day job (ugh), or writing, then you’ll find me curled up on the couch, Buddy in my lap and Kindle in hand.

One thought on “The Storm Queen Blog Tour”

Halloween night is full of spooky and eerie vibes! Read a book with an atmospheric setting! (15 points)
So I got this delivered to me today. I didn’t order it, but there was no gift note in it. So I’m not sure who to say thank you to! It’s such a great gift! @oldworldheroism
Title: Yours And Mine
Got my new books in yesterday! I preordered a set for my Mom and me! This is comparing the new ones and the old ones! They are both gorgeous! I’ll be giving the old set to somebody I care about! @akmulford
★✩★ NEW RELEASE ★✩★
★✩★ COVER REVEAL ★✩★
★✩★ NEW RELEASE TOUR ★✩★
People should really research before reaching out. I don’t have anything against wine. I just don’t drink really.
★✩★ COVER REVEAL & PREORDER ★✩★
★✩★ PREORDER ALERT ★✩★
★✩★ NEW RELEASE ★✩★
★✩★ NEW RELEASE ★✩★
★✩★ NEW RELEASE★✩★
Title: His Majesty's Dragon
Title: Luckiest Girl Alive
★✩★ RELEASE BOOST ★✩★
It’s readalong week!!!! I’m a few days late to the party! It’s been a fast paced week! It doesn’t help that I actually lost my @owlcrate version of the book! I found it today!!! I now own it in ebook and audiobook too! Seems good so far!
To celebrate our blog tour we are giving away an amazing travel prize package.
Loading Comments...
%d bloggers like this: