Check out my stop on the blog tour for More Than Alive: Death of an Idol by Fernando Torres! 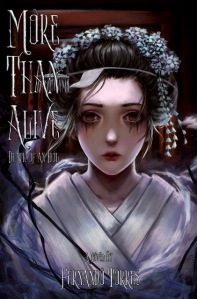 
MORE THAN ALIVE: Death of an Idol, is a literary response to the growing interest in anime, manga, and Japanese culture. Told via alternating storylines MORE THAN ALIVE is a fast-paced, laugh-out-loud, sci-fi/paranormal novel set in Japan in the year 2042. Complete at 103,000 words, it takes advantage of my experiences living in Kyoto and lessons acquired concerning story and character development while working at ABC/Disney.

Alice Suzuki (16) has recently passed away, making her eligible to be a harvester, a transporter of souls. For her first thread, she finds herself investigating the death of Akari, a Japanese idol who died playing a VR game while on enhancer, a drug that turns off the suspension of disbelief. Unfortunately, the shadow demon Solak, who was formerly constrained to killing people in their dreams, has learned that enhancer allows him to get around the limitations imposed by free will. Alice must join the Japanese idol group, of which Akari was a member. Her journey is one of learning the true nature of attachment, particularly in regards to love. 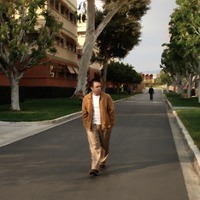 About the Author
Fernando Torres is the best-selling author of “A Habit of Resistance,” “The Shadow That Endures,” and the soon to be released sci-fi novel “More Than Alive: Death of an Idol.” Fast-paced, humorous stories that poke fun at genre tropes and explore moral dilemmas are what define this author’s mission. Early in his media career, Fernando A. Torres created the definitive definition of media interactivity. At ABC/Disney, Inc., he worked behind the scenes on such shows as Boy Meets World, Family Matters, Grace Under Fire, Home Improvement, My Wife and Kids, and the Power Rangers. Influenced by many of his generation’s most talented writers and producers, Fernando Torres’ style developed a light, humorous edge that continues to influence his writing to this day. During his time at ABC/Disney, Inc., he contributed to the Writer’s Development program, which inspired additional contributions in education. Many of his stories are inspired by his travels, though he has more permanent roots in the United States and Japan. An instrument-rated pilot, he also enjoys writing music and photography.

“I write because the written word is a powerful ally in conveying truth.” – Fernando Torres